Spring Ride to St Margaret’s at Cliffe and Dover

A perfect Spring day for a ride.

Today there were 4 different rides. 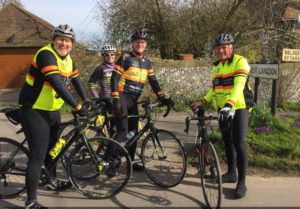 Today, most of the usual yellow group riders were elsewhere, so there was a combined Yellow/Orange group ride along the Orange route to St Margaret’s at Cliffe and back. Above photo taken at West Langdon.

3 different groups set off on the Black route, one at a Black pace and two at an orange pace.  Fantastic riding over the undulating downs toward St Margaret’s where the route turned south towards Dover enjoying some group riding along the top of the cliffs. 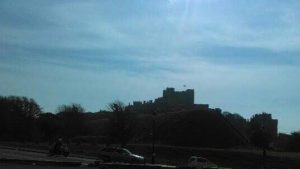 Dover castle looked great (photo does not do it justice) and the car park proved a popular rest stop. 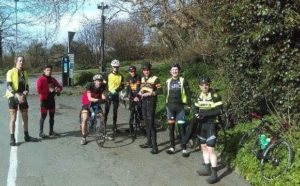 The route then descended into Dover and took an interesting route along a canal path and up/down assorted side roads before heading out via River and Lydden and up Swanton Lane. Then the hills started in earnest! 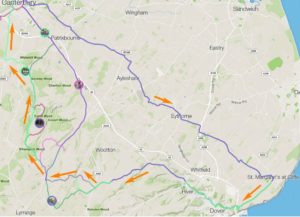 In true CBC style the various groups invented variations on a theme with a total of 6 different ways back to Canterbury.

The Kent Countryside was at its best today. 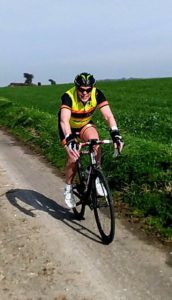 Most then enjoyed a coffee or other drinks at the Millers Arms.